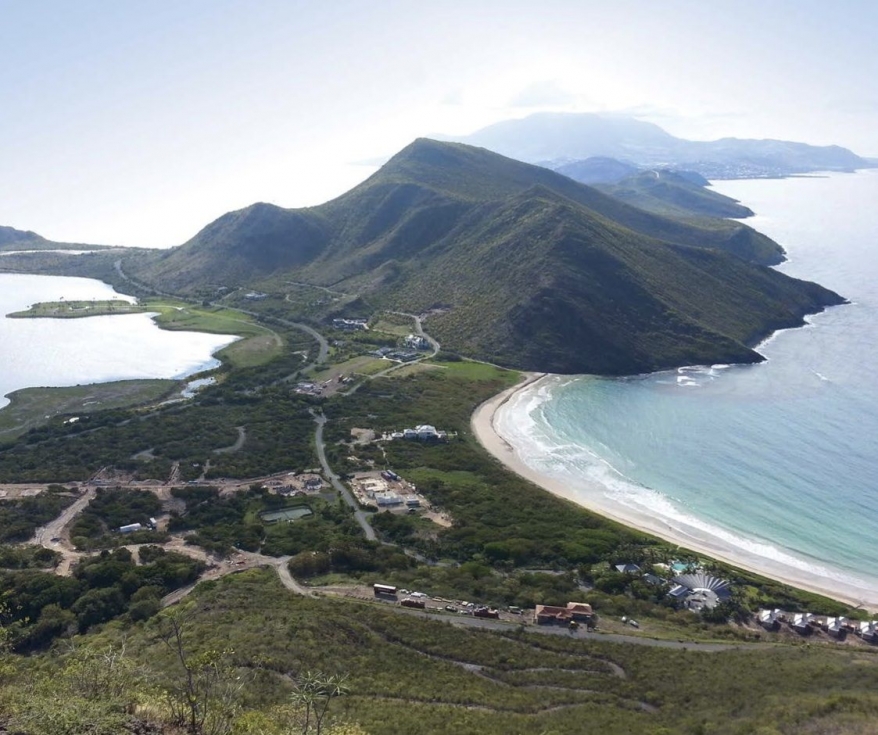 All around the peninsula, you can see the difference. Locals and longtime visitors can sense a change in the tradewinds.

Christophe Harbour is rapidly taking shape on St. Kitts, particularly noticeable in the past year since the Sugar Industry Diversity Foundation (SIDF) and the Darby Family Investment Group established their partnership.

Speedier, soulful progress can be seen at every curve, hillside and beach. SALT Plage is now open on Whitehouse Bay serving cool drinks and ceviche by the sea—the bar’s open-air design incorporates local artifacts from the island’s historic sugar and salt industries.

Dredging work and the first phase of the Marina is now proceeding on schedule, and is expected...

The 2012 PGA Championship at Kiawah: Setting the stage for golf at Christophe Harbour

By admin in Golf

Buddy Darby, CEO of Kiawah Partners, shares his insights on what the PGA Championship means for Christophe Harbour.

By Katherine Verano in Events, Golf

When the Prime Minister of St. Kitts and Nevis, Dr. Denzil Douglas, and the Minister of Tourism and International Transport, Ricky Skerritt, arrive in South Carolina next week, they’ll be joining the world’s greatest names in golf for a history-making event: The 2012 PGA Championship on Kiawah Island.

The wait is over for our sister property, Kiawah Island, South Carolina as golf’s fourth Major of 2012 unfolds on The Ocean Course, home to the famed 1991 Ryder Cup “War by the Shore”.

With an estimated 673,000,000 households tuned in to the excitement, the eyes of the world will light on Kiawah Island, and Christophe Harbour is poised to maximize the benefits of this explosion in media...

By Katherine Verano in Golf

The highlight of the inaugural Member-Guest weekend at Christophe Harbour was the Sunset Hole-In-One Challenge atop Priddies Plateau, the site for the Tom Fazio golf course. The Christophe Harbour team had Hole No. 8 outfitted with a tee box and a green.  As the sun began to set across the Caribbean, members and guests each took two swings in hopes of landing a hole-in-one. Grand prize was a trip for 4 couples on a private Hawker jet for a week’s stay at the Turtle Beach Bungalows.

Where the Iron Meets the Rock

By Katherine Verano in Community, Golf

The Christophe Harbour golf course designed by Tom Fazio is built atop a volcanic ridge and along a natural inland cove. Planned over 250 acres, the Par 72 course will be 7,250 yards from the back tees. In addition to the terrain, wind will be considered a major design element and will influence shot selection choices in the upper holes. The beach-level-to-mountaintop environment, sweeping views of two oceans, and spectacular design will make the project unique – a “must play” international venue for golf aficionados.

A number of practical details will help make the course intriguing to every level of player. Bermudagrasses are planned for use in tees, fairways, roughs, and greens. Fairways will be sand capped, to create firm, fast conditions. Natural...