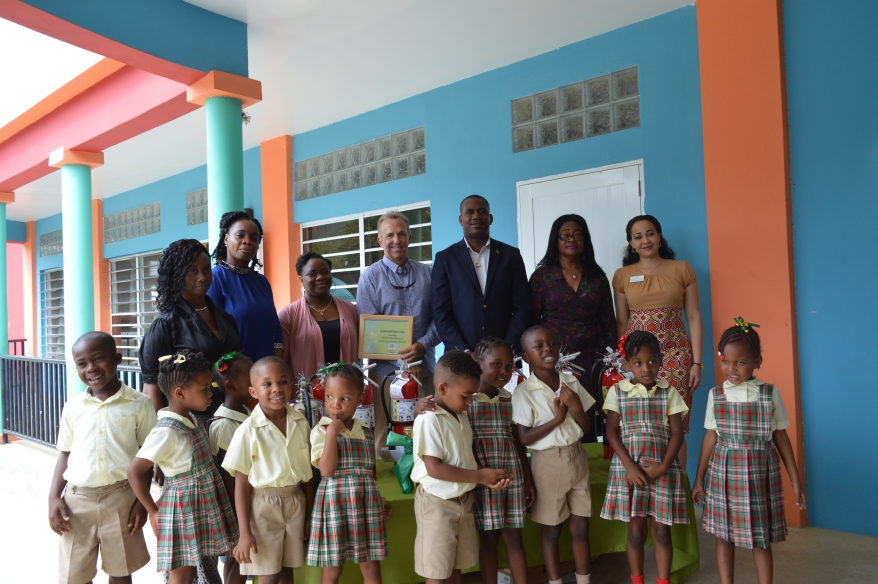 The Victoria Road Preschool is now able to meet its fire safety standards with the donation of fire extinguishers and smoke detectors from the Christophe Harbour Foundation.

The occasion was a brief handover ceremony held at the Victoria Road Preschool in Basseterre on Thursday, 10th May. 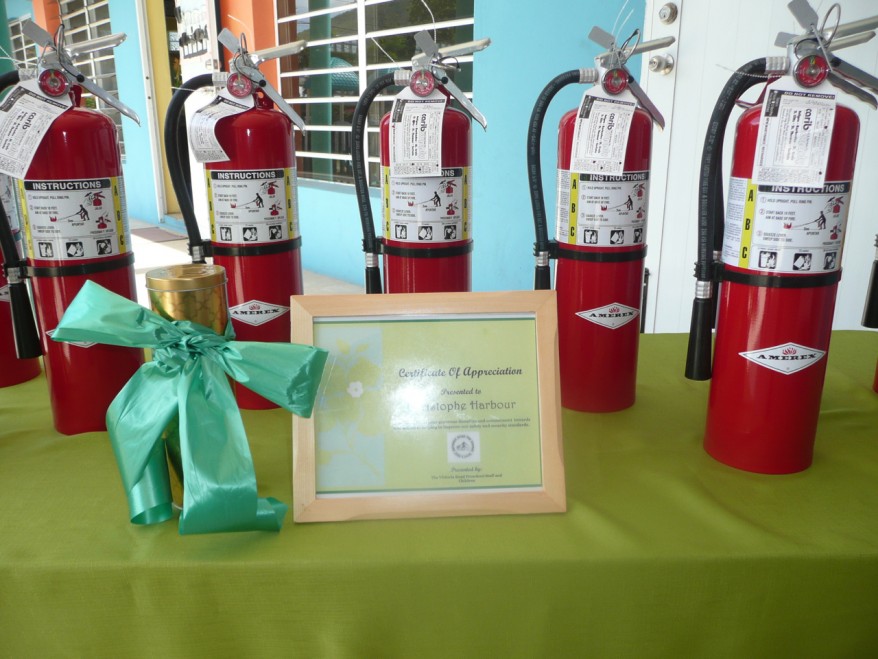 “Christophe Harbour is delighted to be a part of this worthy cause," Gersonde said. "This is part of a larger initiative to supply fire extinguishers and safety equipment to all of the preschools on St. Kitts and Nevis… So, we are pleased to work closely with the Early Childhood Development Department on this initiative.”

Gersonde said a total of 98 preschools on St. Kitts and Nevis have been identified for the program and 126 fire extinguishers costing $32,000 EC are being donated through the Christophe Harbour Foundation.

Deputy Prime Minister Shawn Richards said, “For an organisation such as Christophe Harbour to come forth and to give not only to the government preschools but also to the private preschools, I believe it is something highly deserving of our commendations." 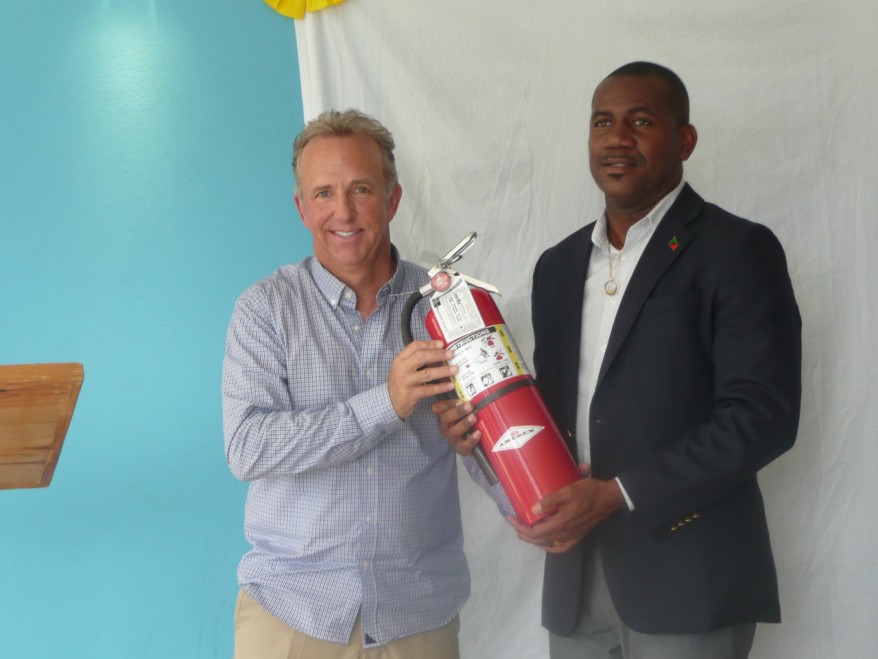 Richards said also, “Christophe Harbour, as a corporate entity, has recognised it also has a corporate social responsibility to the people here in St. Kitts and Nevis, and that is exactly why we are here.”

He noted, “The Early Childhood Development Unit has in place a process, whereby we are able to certify early childhood development centres – preschools. These fire fighting equipment will go a long way in ensuring that all of our centres become closer to the standards we have set for ourselves.”

The minister expressed thanks to the Christophe Harbour Foundation for its timely contribution made to the preschools' fire and safety status.

“I say thanks to Christophe Harbour for its very timely donation. The Government and people of St. Kitts and Nevis look forward to the continued partnership,” Richards said on closing.

Meanwhile, Acting Early Childhood Director Joan Wallace also thanked the Christophe Harbour Foundation for its significant and generous donation. She said it was very much appreciated by the early childhood sector.

She said, “Not only would the centre be able to uphold the minimum standards required, the equipment will ensure that safety prevails at this centre.”